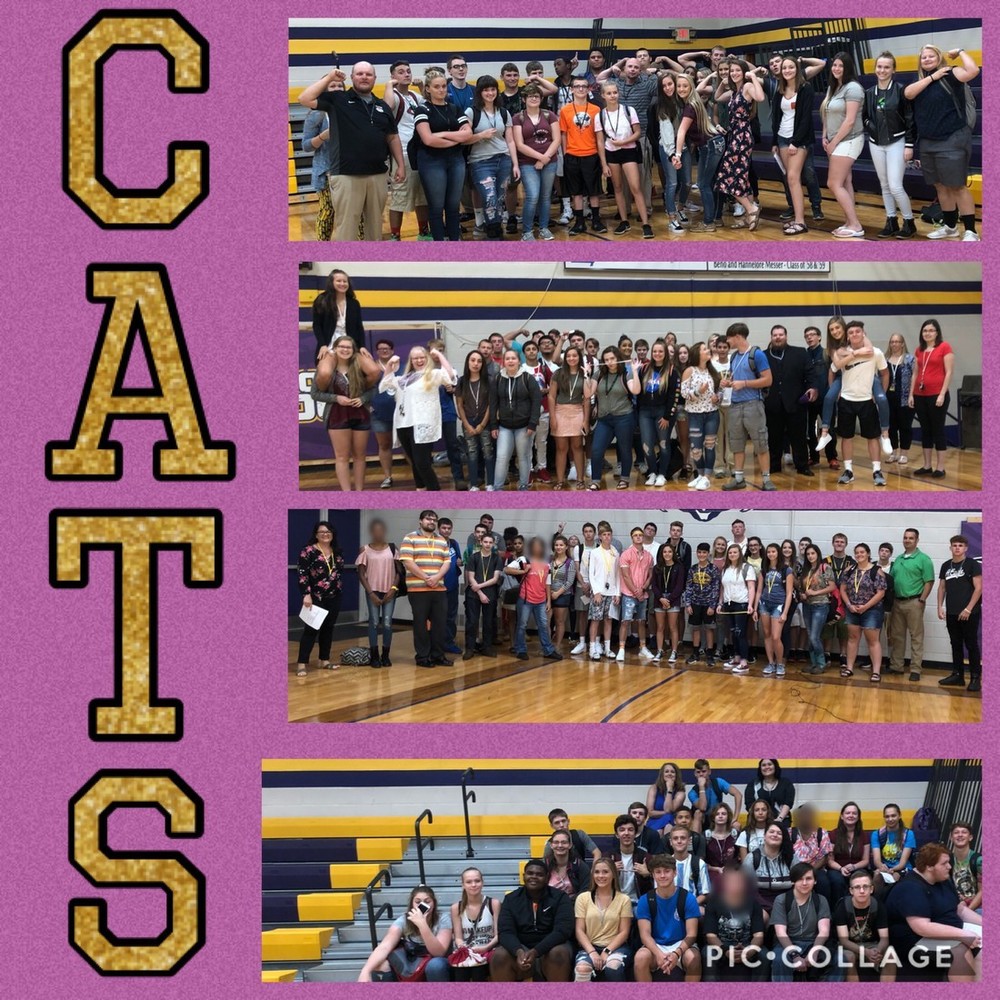 What are the Cat Families?

Students will be competing in their groups throughout the year to win quarterly rewards. Points will start anew at the beginning of each quarter, with a winner announced as the quarter ends. Points for the entire year will also be recorded, so that we can have a winning group overall. Some of the rewards that the teachers had discussed (but have not been finalized or approved yet) are such things as going to the movie theater, going to Nelson Atkins art museum, going to the Lyceum, going to the Kansas City Zoo, etc.

Students were drafted into their groups on Tuesday morning. These are the groups that they will be staying with throughout the entirety of their high school career in Slater. They will be in the same group during the following school years, and each year we will only have to draft the new freshman class.

How Can Students Earn Points?

2. School Hosted Activities/Functions - Whether it be a football game, softball match, or band concert, if a student attends it then they will be awarded with a point for their group. All a student has to do is have their lanyard with them when they attend the event. There will always be a person at the “gate” when attending a school function, and as long as the student shows them their lanyard, it will be recorded and a point will be given to that family.

3. Competitions - An example of these include games that will be held at pep-rallies/school assemblies. Each group will be able to put forward a team and the winning team will earn points for their group. We will have other competitions that will be announced as the school year progresses.

4. Participating in Spirit Days/Weeks! - When homecoming, courtwarming, or any of the other “Spirit” Weeks we celebrate come around, students will be awarded for participating in them. The more students in your group that celebrate the Spirit Day, the more points the group will receive!

5. Attendance - Points can be taken from a group for poor attendance of its members.

6. There will be more way to earn points as this system grows. As we progress through the school year and fine-tune the aspects of this program, things can change - we’ll let you know if/when they do.

What did we do at on the first day of school? (in addition to explaining all of these rules/plans with the students)

2. Came up with a group motto - Each group is named after an important character trait. Use this trait to create a motto for the group. Something that the students will be able to remember, put on banners, and take pride in.