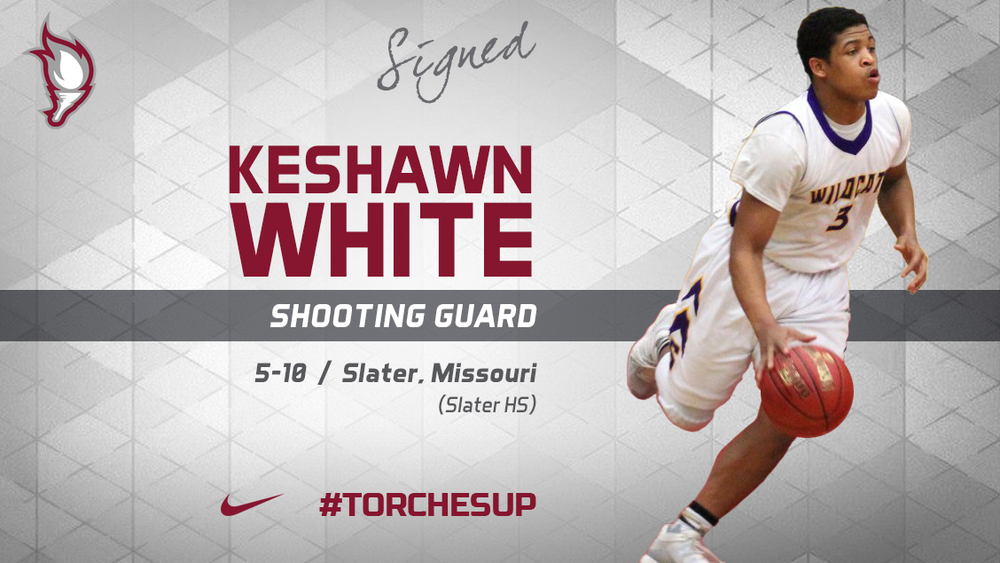 MOBERLY, Mo. — Central Christian College of the Bible head men's basketball coach Jack Defreitas on Thursday announced the signing of Keshawn White for the 2018-19 season. White is the fifth member of the Saints' 2018 class.

White was named to the Class 1 All-State team in March after leading the Wildcats' to the state quarterfinals in 2018. Additionally, he was an all-conference selection for the fourth consecutive year, as well as earning all-district and KRES All-Star honors as a senior.

"Keshawn is a tremendous talent and I am thrilled to have him joining us in the fall," Defreitas said. "He plays the game hard and is a physical player, which is exactly what we need. He drives and finishes around the rim as well as any high school player I saw this year."

Slater won just 16 games during White's first three seasons in high school, which included a 1-24 season in 2014-15. As a senior, he led the Wildcats to a 17-13 record, including their first playoff appearance in 17 years.

Despite missing some time due to injury, White scored 30 points or more on four different occasions in 2017-18, including a season-high 38 against Glasgow on Dec. 1.